(Note: This and the next installment are utterly ridiculous, but they sure were fun to write.–jrs)

“Cause of death?” Liggnum stood with his legs spread and his chin cupped in his hand. The smoke from his cigarette curled up along his face and through his tangled mass of dark hair. It was the pose most often used by the young detectives when they attempted to satirize his mannerisms.

Emile Grewson, the deputy coroner, heaved his corpulent bulk to a standing position.

“To early to tell, for sure,” he said, “but I’d say asphyxiation. He apparently choked on a mouthful of salad. I’m not trying to do your job for you, Arnold, but I’d say it’s definitely murder.”

Liggnum winced at the use of his given name. It was a habit he tolerated in Grewson out of their long-standing mutual respect.

“Because somebody took the trouble to shove six capers up each of this poor gentleman’s nostrils.”

“Who found the body?”

Simplitt flipped open is small green notepad and studiously riffled through the pages. Liggnum lifted his chin from his hand and sighed deeply. Simplitt stopped his riffling and cast a tremulous look at his boss.

“Try the last page of your notepad. And don’t call me ‘Sir!’”

Simplitt brightened. Sure enough. There it was.

“In the kitchen, I believe.”

Liggnum moved across the plaid carpet to the linoleum of the kitchen. He nodded at the officer just inside the swinging doors and looked around for Miss Fonda Woodimacher. He finally saw her sitting in a folding metal chair over by the salad prep bar.

She stood. Liggnum prided himself on being mostly immune to the pheromones of beautiful women, but he had never met anyone quite like her. Her most striking feature was her blond-streaked pile of feathery red hair. It swayed and danced like aquatic flora, seemingly in defiance of gravity. The rest of her seemed also to defy gravity. Eyes the color of seawater looked at him from a mobile face atop a slender neck, encircled by the thinnest of gold chains. Her breasts, while not large, had a kinetic energy that stretched the limits of his imagination and were valiantly trying to escape the metallic sheen of her burgundy danskin. The lines of her hips were softened by a floor-length skirt of soft blue. Liggnum could only guess about her legs, a situation he was both thankful for and impatient with.

After getting  his tongue unstuck from the roof of his mouth, Liggnum brought forth his most professional voice.

She looked puzzled. “Don’t you mean did I find the body?”

“Oh,” Liggnum looked at and indefinite spot over her head. “Well, my assistant told me that you found the body.”

Her use of the term ‘face down’ completely unnerved him. He was now very grateful that he couldn’t see her legs.

Simplitt saw his boss emerge from the kitchen and hurried over to him. When he got within speaking range, he pulled up short and looked at Liggnum with something akin to puzzlement etched across his silly-putty face.

Liggnum looked at him with glazed eyes and tried to focus.

Simplitt paused. “What’s that on your chin, Sir?”

Liggnum tried to look at his chin, an act that severely crossed his eyes and put a crick in his neck. Failing to see anything, he put a hand to his chin and grimaced.”

Liggnum shook his head to clear it and wiped his chin.

“It’s my tongue,” he said. “What’s the matter? Haven’t you ever seen a tongue before?”

Liggnum rolled his tongue around in his mouth. He could still taste the spider residue and made a mental note to try sleeping on his stomach. He preoccupation with Miss Woodimacher was beginning to fade and he felt the pull of the mystery. It was then he noticed that Simplitt had him by the arm and was practically dragging him out the back door to the alley.

“Would you stop calling me ‘Sir,’ you clothead!”

Liggnum sighed. The alley was a dim affair. It had never seen better days because it had never seen days at all, just an endless twilight. He noticed immediately why Simplitt had dragged him outside. There was a string of capers, dropped at regular intervals, forming a trail. The line led around the corner. Liggnum and Simplitt followed.

“This is just like Hansel and Gretel,” observed Simplitt.

“More like the Furry Freak Brothers,” grated Liggnum under his breath. 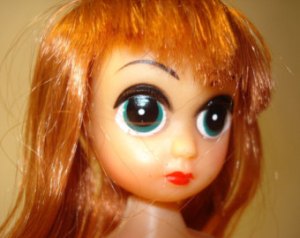 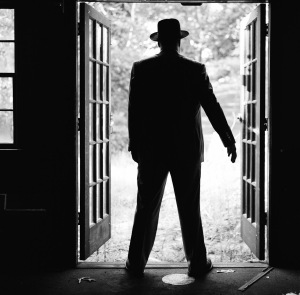