We are sometimes so small, me especially. About small things. We get miffed because somebody asks us to do something and we are distracted from what we’re pretending to think about even if what we’re thinking about is banal an we’ll forget about it in less than three minutes. I’m describing my own shuffling behavior, of course. And there are exceptions, always. But I feel wry and shy when I catch myself choosing a shallow meh over a substantive response to somebody’s request, observation, opinion, or whatever they’ve placed before me in hopes that I’ll get it and offer something that will keep the conversation going. Why is that?

I have a sometimes silly and overblown opinion of myself and my ability to understand. So, rather than admit I don’t get it when somebody makes a statement, I pretend I do get it and dismiss it out of hand. My personal evolution appears, at times, to be stalled. And I’m not alone in this foible. I’m sure you know this. I think we all do at some level.

Does this shed any light on the current controversies over the way men treat women? Maybe. Contemporary volumes have been written about this lately and there is more to come. It is a conversation that needs to continue and grow and evolve; it has to become commonplace and people who find the mistreatment of women an insult against all of us need to stand up. You know what I mean. As I shamble along on this topic I’m defining sexual harassment as a mostly verbal affront. Inappropriate touching is sexual assault. Plain and simple. I’ve heard arguments that men are wired differently and what seems like play to us becomes a huge surprise when we learn it is not received that way. It is not play to grope a woman however a person tries to explain it internally. Sexual harassment is bullying, no other way to explain it. If it’s not a two-way conversation, it’s bullying. It’s not flirting. Sexual assault is an egregious wrong. There are actual laws against it. Really. No kidding.

But eradicating, at least controlling, these behaviors has to be accomplished with social evolution, not legislation. It’s not okay for anybody to make unwanted sexual advances toward anybody. The way of the world you say? That doesn’t make it right. Flirting is a two-way street. If you make an attraction known, have some class and if rebuffed leave it there and move on. It’s a simple concept but apparently difficult for some people to grasp.

Arristippus of Cyrene, a student of Socrates held that pleasure is the highest good. He was talking about pleasure with no guilt. If everybody pursued their own pleasure the world would be a happy place. This philosophy came to be known as Hedonism, named for the Greek goddess Hēdonē, daughter of Eros, who was the personification of sensual pleasure and delight. Her Roman counterpart was Voluptas. If that sounds familiar, it’s where we got our word voluptuous, a really cool word. But there was a caveat in Arristippus’ thinking: acting on your desire for sensual delight had to make the other people involved happy as well. Hedonistic thought is very clear on this. Do no harm. This obviously leads to a circular discussion about human nature, which is kind of what I’m spewing on about here and takes us right back to evolution.

People, men especially, need to closely examine their own behavior and change it. Women need to speak out when they’re harassed or assaulted. Men do too. Speaking out shouldn’t be for some kind of gain or advantage or vindictive satisfaction. This whole issue is kind of trapped between our limbic brain and our frontal cortex. Human nature, such as it is, roils between these two extremes. Sorting it out has been problematic. The fact that we still murder each other for some warped causal advantage, war, and how we stratify society based on what we have or don’t, paints a grim mural throughout human history. Violence seems to be the solution of choice. I don’t know how we stimulate the evolution to get our species past it. The only place I can think of to start is conversation, involving both speaking out and listening. If men start listening to women when they decry predatory behavior, maybe they’ll start listening to other grievances as well. Is there any hope at all that we can move on from the choice of violence as the most common solution to the thorny issues that confront us all? There had better be hope. Without it we are doomed to repeat the same human history over and over. And that could be a relatively short run.

I can already hear people saying oh how idealistic. Well, yeah; duh. Of course I’m being idealistic. A friend calls me a brass-balled idealist. I’m okay with that. But how else are we going to collectively move ourselves in a better kinder survivable direction? Answer me that. 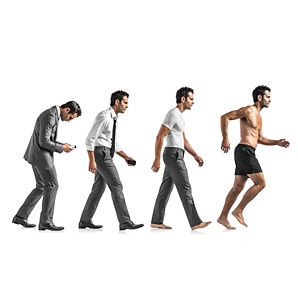