(Note: Okay. I’m done with this now (probably). And yes, there was a time when cell phones did not exist (think big hair and discos). Thanks for your patience. This is my last post of the year, unless something falls out of the sky. Happy New Year everyone. May the New Year surprise you in delightful ways. Be safe.–jrs)

They were standing on the porch of the strange little house when Liggnum’s beeper went off. Shielding the readout with his hand, he looked at the tiny number.

“Mmm,” he said. “The Captain wants me to call. Maybe we can use the phone here.”

Simplitt nodded and promptly knocked at the door. He grimaced with distaste when he looked at his knuckles.

“Seems to be fresh bear shit,” he complained.

“And old mayonnaise,” added Liggnum as the breeze shifted a bit. “In this heat, none of it can be good.”

A tiny person in brightly colored riding silks answered the door. He couldn’t have been more that four-and-a-half feet tall. He looked suspiciously from Simplitt to Liggnum.

“Yes?” he answered tentatively in a surprising basso profundo.

“Say,” began Simplitt in a conversational tone, “what’s such a big voice doing in a little guy like you?”

His question was met with an icy stare.

“What’s such a little brain doing in a big guy like you?” the little man snapped.

Simplitt could almost hear Liggnum’s eyes rolling up in their sockets. He produced his ID and held it out.

“We’re from the police, investigating a murder. May we use your phone?”

“Well, it’s about time you got here,” he said. My name’s Bigwad, Frank Bigwad, DEA. Most folks call me Big.” He grinned savagely and reached into his shiny gold riding breeches and produced his own ID. “The phone’s on the yak.”

“The yak?” Both Simplitt and Liggnum spoke at once as large question marks appeared above their heads. 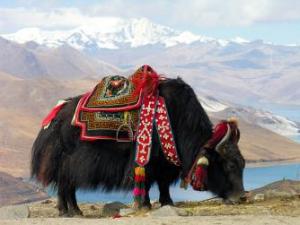 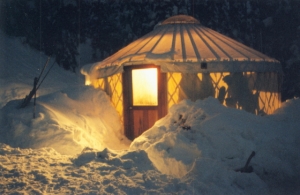 1 Response to The Caper Salad Caper #5